The only previous time I have seen so many people crushing into the Roslyn Oxley9 Gallery was on the occasion of Bill Henson's first exhibition after the scandal of the 2008 vice squad shut-down show. His 2010 show was completely chockas-as with people there to support Bill, including myself; but really in a completely different way to the crush of people that were there to see the new Del Kathryn Barton (DKB) show 'angel dribble'.  What I find so fascinating about a DKB show is that it's feminine, heterosexual semi-surrealist post/Secessionist Klimt meets Schiele erotica; with a little H. R. Giger thrown in for good measure, and no one seems to notice... the erotica. Maybe it's the Kali-like abundance of eyes and breasts (in lieu of arms).. that bedazzles one and all compelling us to ignore the elephant in the room, the esoteric erotica. Well no-one seems to mention it much! They just love the pictures. But it is Del's "universe" and she has captured the zeitgeist of youth (real youth followers too), the coming of age and sexual curiosity; which, is a theme in much of Henson's work as well. Of course DKB also reverses through time and the erotic back to the absolute innocence and wonder of childhood which, while walking the tightrope of sentimentality and kitsch, never seems to slip into either. It is I believe an utterly unique creative position; though in this show DKB refuses to rest on her laurels and success. There is much new in this new show and when DKB says she "bled" for this show, I for one believe her. 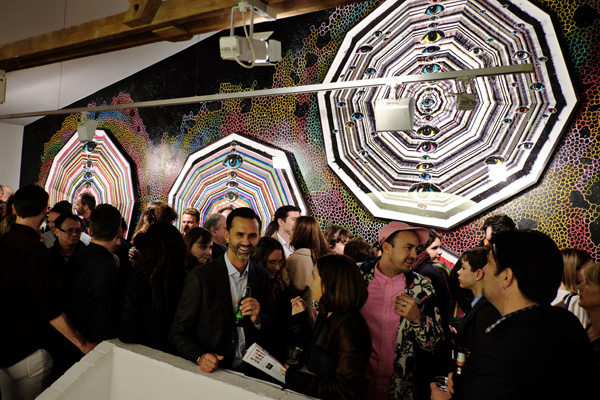 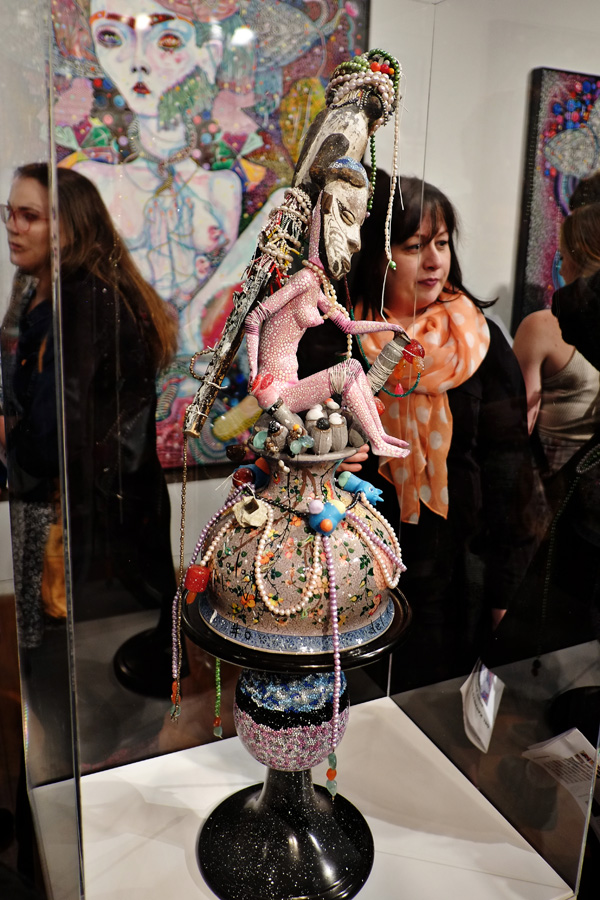 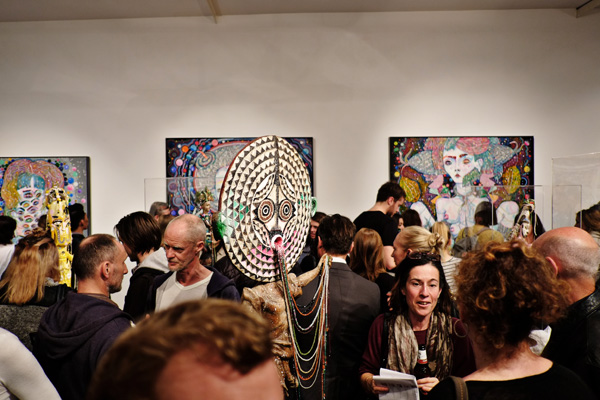 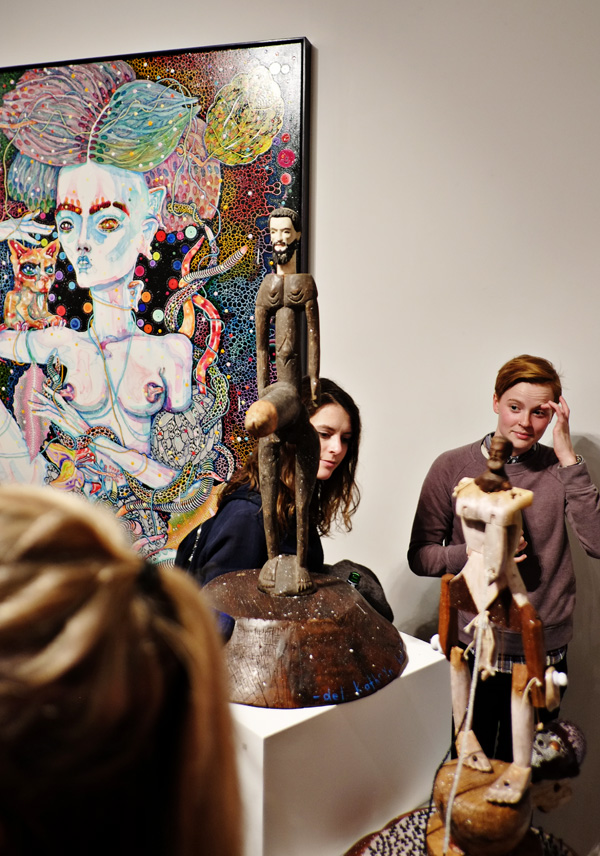 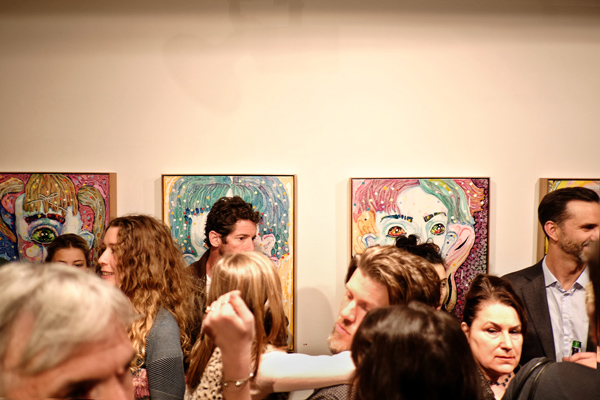 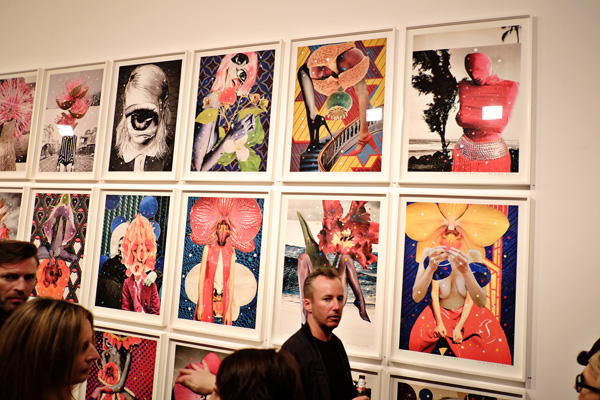 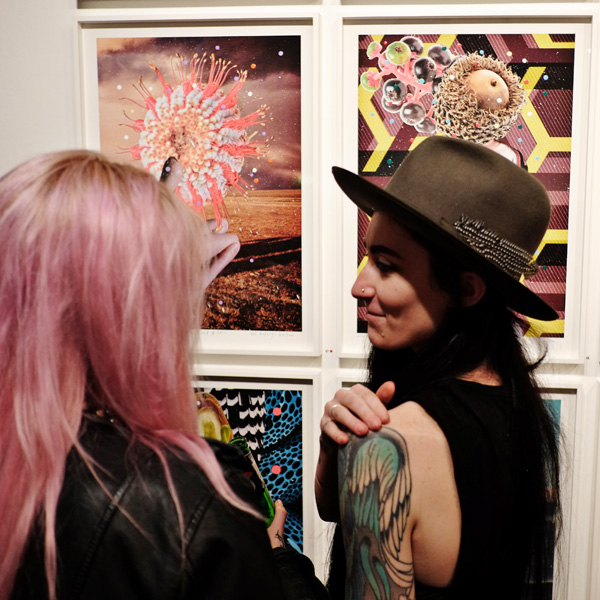 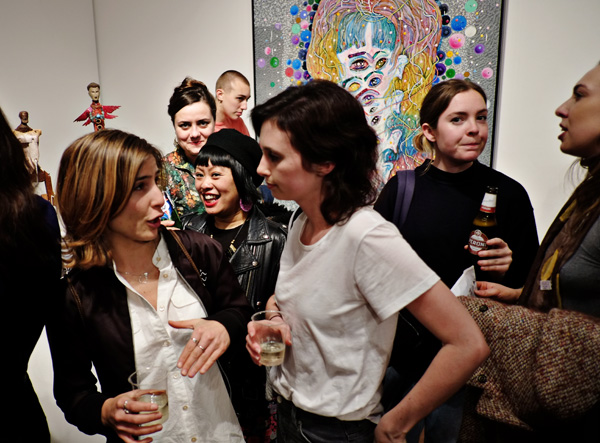 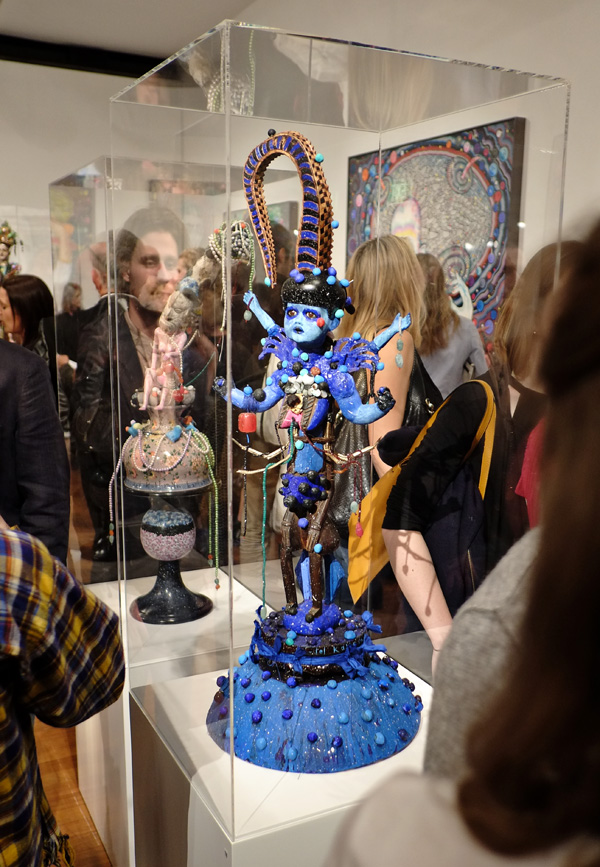 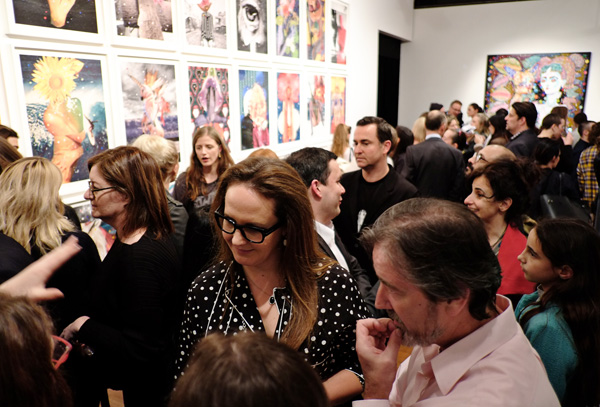 Telling Stories in Pictures all over Sydney..